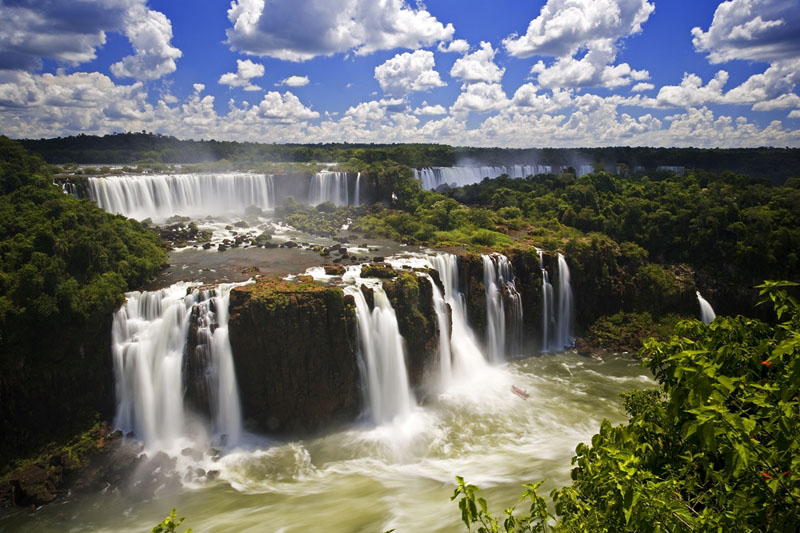 Rio de Janeiro is one of the most magnificent cities in the world.  The city has been blessed with a warm climate and an endless coastline of magnificent beaches, palm strewn islands and mountains covered with tropical rainforests. Rio's world famous beaches of Copacabana, Ipanema and Leblon welcome visitors from all over Brazil, Latin America and the world.  The city is a capital of sports such as surfing, hang gliding, jetskiing, fishing, sailing, beach volleyball, soccer, jogging, hiking and rapelling.  The local restaurants and cafes offer a variety of fresh seafood and meats as well as drinks made from exotic fruits and berries.  Rio's bars and music clubs offer cocktails, music, dancing and fun into the late hours of the morning.

Rio served as Brazil's second capital and contains a vast quantity of architectural masterpieces such as palaces, cathedrals, churches, monasteries, fortresses, mansions and municipal buildings from the 16th century to the present time which played an important role in the country's history.  It is the only Latin American city to have been the capital of a European empire.  This occured in 1808 when the Portuguese royal family and the entire court fled Lisbon as Napoleon's troops were approaching. Thus, the capital of the Portuguese empire moved to Rio de Janeiro for eleven years.

The New Year's celebrations witness 2 million revelers who gather on Copacabana beach all dressed in white for an unforgettable night of musical shows, dancing, fireworks and merrymaking. The world famous Carnival takes place at the Sambadromo (a stadium built for this event) where the city's samba schools compete and dazzle audiences with luxurious costumes and incredible decorations. There are also more than 400 samba bands that take to the streets all over the city in processions that are followed by thousands of masked and costumed revelers. Some of the other must visit tourist attractions include the world famous Maracana stadium, Sugar Loaf Mountain, the Botanical Garden and Corcovado, the mountain which holds the statue of Christ the Redeemer. This statue was voted as one of the Seven Modern Wonders of the World. Corcovado contains the only tropical rainforest in a metropolitan area and is full of a rich variety of flora and fauna such as banana palms, mango and papaya trees, orquids, bromeliads as well as parrots, monkeys and ant eaters. Come and experience the wonders of this marvelous city for yourself.  Your only problem will be deciding what to do first.